Everything you need to know about Tinyclues' Evergreen feature

Written by Diana Sains
Updated over a week ago

What is the Evergreen feature?

Tinyclues' Evergreen feature allows you to build and edit groups of recurring campaigns in just a few clicks; this automated workflow frees up precious time by eliminating the need for manual cloning and rescheduling.

To ensure that a group of campaigns automatically recurs, select that campaign group within your Campaign Plan view, followed by the Set Evergreen button. From there, the process is the same as it is for a single campaign - you'll be prompted to make a few key selections, including how often the campaign should recur; how many days in advance of launch the campaign should be created, optimized, and exported; and whether there is a particular date after which the campaign should no longer run.

Note that you can also schedule Evergreen campaigns - whether a single campaign or a group of campaigns - via the 'three dots' menu! 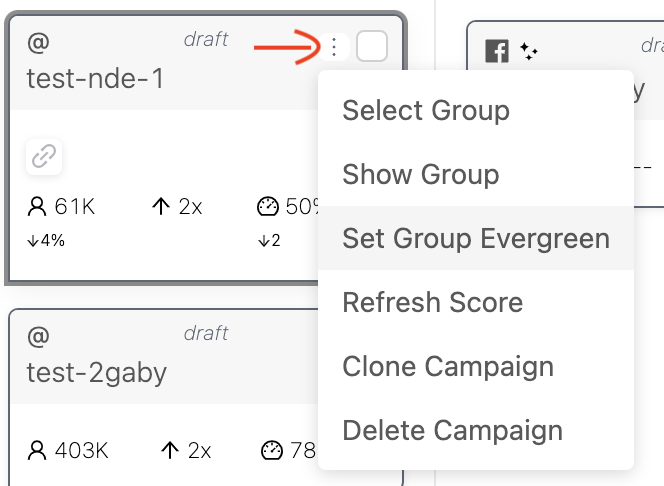 Let's take a closer look at the options within the Evergreen Settings view:

Start by naming the Evergreen template for the campaign(s). Next, select the repetition frequency - in the above example, the campaign will automatically recur every three months. You can then designate a processing window - for example, 3 days in advance; this means that the campaign(s) will be optimized and exported three days prior to each launch. You can also designate whether or not you'd like automatic exports. If you don't need to review the campaigns prior to launch, you can simply keep the Process field set to 0.

You'll notice that there are two volume selection options - Keep Initial Volume or Use Inflection Point; just as you would expect, these options indicate that you can choose either to retain the volume from your initial campaign(s), or use the inflection point calculated by Tinyclues' deep learning algorithm.

Lastly, you can select an end date - up to one year in the future - for your campaign(s), after which the campaign(s) will no longer recur.

Hit the Schedule button and voilà! - your Evergreen campaign(s) are ready to go.

You can easily view and modify your Evergreen campaigns by clicking into the Evergreens view within the UI; this option appears under the calendar icon, directly beneath Campaign Plan: 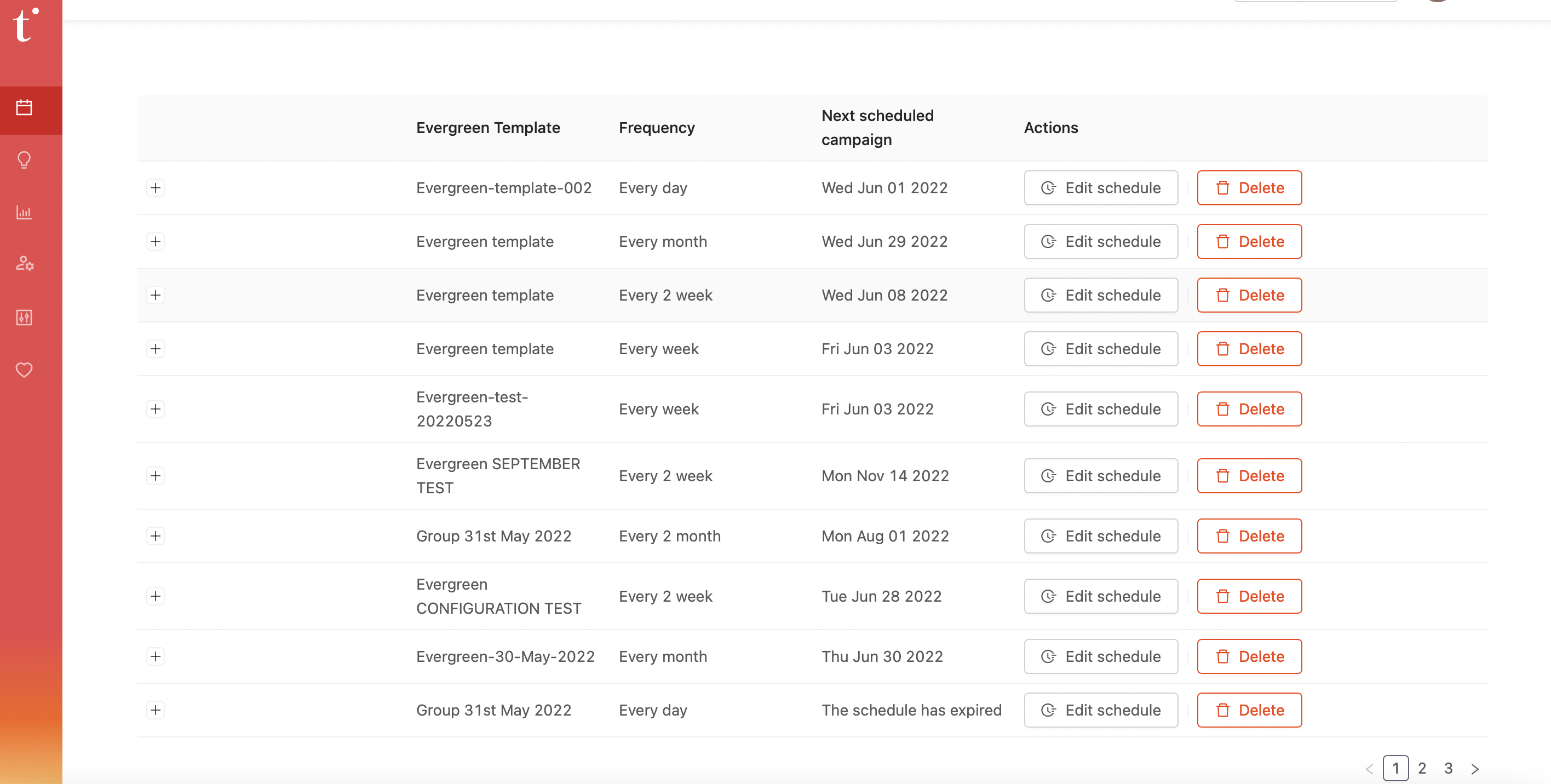 For each Evergreen Template, you'll see a plus (+) symbol on the left along with Edit Schedule and Delete buttons on the right. Clicking the plus symbol will expand the view for that particular Evergreen Template, allowing you to see all associated campaigns; here you can modify the campaigns as you would within your Campaign Plan, and you can also remove a campaign from a campaign group.

To modify your Evergreen settings, click the Edit Schedule button - you will then be presented with the Evergreen Settings view that you filled out when you first set the campaign(s) up to recur, and can modify these settings however you like. If you wish to delete your campaign(s), simply click the Delete button!

Did this answer your question?